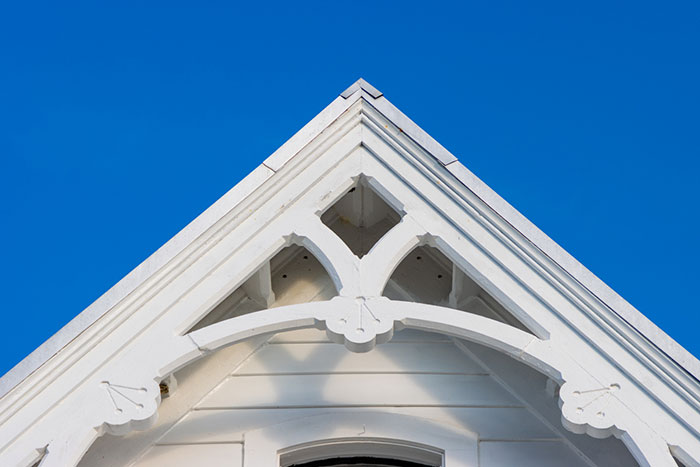 With a beautiful mix of historic architectural styles, Melbourne’s inner and bayside suburbs are dotted with stunning period homes that exude an abundance of unique charm and character. One such architectural style that Melbourne is renowned for is Victorian – built during the reign of Queen Victoria, this style can be classified into three categories, early, mid, and late Victorian. For high quality heritage and period house extensions, Brighton locals can rely on the experienced team at Duncan Thompson Extensions. We specialise in transforming beautiful old houses into contemporary homes that function for modern families. Read on to learn more about the characteristics of each Victorian style.

Defined by simplicity, early Victorian dwellings we made of brick, and featured pitched rooves, plain ceilings and pared-back facades. They commonly had one or two rooms across the front with the kitchen often detached at the back of the home or in a separate service wing. Skirting and architraves were often moulded, which added visual interest to an otherwise basic design. They often featured picket fences with a small garden at the entrance, with no veranda or ornate detailing.

As Melbournians became wealthier due to the gold rush boom, Mid-Victorian homes were much more embellished. Instantly recognised by a greater level of ornamentation, homes of this period typically include intricate cast iron lacework on verandas, balconies, and balustrades, decorative brickwork, patterned floor tiles and stained-glass windows. Cast iron or picket fencing are also a prominent feature. Inside, double-hung timber sash windows are a popular design feature, along with polished timber floorboards and plastered walls framed by decorative skirting, architraves, cornices, and ceiling roses.

Reflecting the city’s great prosperity, mansions were constructed for the wealthy by prominent architects and houses became grander with more extravagant decoration. Heavily influenced by Italianate style, late Victorian homes are exceedingly ornate and incorporate masses of decorative design features including arches and intricate ironwork. Facades feature ornamental parapets, ornate brickwork, and some incorporate textured rendering. Internally, the overall ornamentation is very detailed and colour schemes are much bolder and more contrasting than earlier in the Victorian periods.

With their captivating ornate architecture, elegant detailing, and charming grandeur, there is a lot to love about Victorian homes. However, while they were built to be admired, and to stand the test of time, original layouts lack the functionality and open-plan design desired by most modern Australian families. Extending or renovating a home that’s over 100 years old requires considerable planning, time, and effort, however, blending old and new can lead to a truly remarkable result. Some things to keep in mind:

If you want to transform your period or heritage home it’s essential to collaborate with the right building team – a team with the right touch and attention to detail that will deliver an outstanding extension that won’t sacrifice the original style of your classic home. With over 30 years’ experience, we will work hard to find the best solutions that will bring your beautiful old house back to life. Contact us online now or call our friendly team on (03) 9836 8655.